Written by Michelle Raisborough on 20th May 2021. Posted in News

Following our second successful webinar we have now made a recording available on YouTube for anyone that missed it or would like to revisit: VIEW NOW ON YOUTUBE 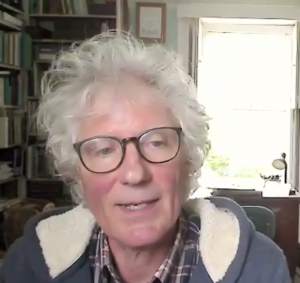 Phil Morgan is one of the leading British experts in continuous cover forestry. He is a director of both Sustainable Forest Management and SelectFor and has been a Fellow of the ICF since 2003. During his career he has worked in the Far East, Europe and North America. He now lives in Wales where his efforts are focused on the transformation of upland coniferous plantations to highly productive mixed continuous cover forests.

He was a previous chairman of CCFG and president of Pro Silva. He is now the vice-president of the AFI and chairman of the Irregular Silviculture Network (ISN). He runs the network of AFI research stands in the UK and Ireland and is developing a network of ISN monitoring plots, forest inventories and marteloscopes in Wales.

Please contact Michelle at administrator@ccfg.org.uk if you have any questions.

Trackback from your site.